Humans are exposed to chemicals all their lives: in the environment, at work places, and using household and care products. Human safety assessment is performed to assess the risk of these chemicals to human health. At present, this is done based on data from in-vivo animal testing.

But a paradigm shift is underway and Fraunhofer ITEM researchers are contributing their expertise in this area as well. The scientists Dr. Sylvia Escher, head of the Department of In-silico Toxicology, and Dr. Tanja Hansen, manager of the Working Group on In-vitro Test Systems, provide answers to questions of current interest.

Dr. Escher, in which direction is the paradigm shift in risk assessment going?

Other topics that might be of interest to you:

Dr. Hansen, what can the Fraunhofer ITEM scientists contribute?

Dr. Escher, could you give us an example of a project?

In the EU-ToxRisk project, we recently completed a case study assessing the toxicity of a branched carboxylic acid by using a combination of in-vitro and in-silico models. We used a read-across approach with ten structural analogues. In addition, in-vivo data from three structurally related analogues were available. A team of partners from 14 academic institutions was involved in the design of the testing strategy. Based on the available in-vivo data, we assumed that the target compound 2-ethylbutyric acid (2-EBA) is a liver toxicant with special concern for hepatic steatosis. The NAM data proved this read-across hypothesis wrong by showing a consistent trend with regard to toxikokinetics and toxikodynamics within the grouped compounds.

To characterize the toxicodynamics, published signaling pathways leading to steatosis were compiled from literature and described in an AOP network. Two high-throughput models were used to measure some of the described molecular initiating events, MIEs for short. Furthermore, three liver models were used to measure lipid accumulation, which is seen as a direct in-vitro surrogate for in-vivo steatosis. It was shown that the number of activated MIEs and induction of lipid accumulation increases with the side chain length of the tested carboxylic acid, whereas short-chain analogues like 2-EBA remained inactive. This finding is in very good agreement with the in-vivo data.

The next question that arises is how to derive a dose, based on in-vitro tests, below which there is no risk to human health. For this purpose, a human PBPK model was used in the EU-ToxRisk project. By means of this PBPK model, an equivalent human dose was calculated based on the minimal-effect concentrations from all available in-vitro assays, a process known as quantitative in vitro to in vivo extrapolation. The results of this successful case study are currently being reviewed by toxicologists from national and international regulatory authorities. They are planned to be published before the end of 2019.

Dr. Hansen, how can in-vitro test systems from your working group contribute to alternative risk assessment?

In the project ExITox-2 – Explain Inhalation Toxicology – funded by the German Federal Ministry of Education and Research, we are collaborating with three partners from academia and industry to develop NAMs for the assessment of inhalable compounds. By exposing a human alveolar epithelial cell line and human precision-cut lung slices at the air-liquid interface, we are investigating the hazard of five classes of compounds that share structural properties and specific adverse outcomes in in-vivo studies. The compound classes tested in ExITox-2 include volatile organic compounds (VOCs) and nanoparticles.

The most common approach used to mimic the exposure situation of the epithelium in the in-vivo lung is the air-liquid interface (ALI) technology based on cell cultures on microporous membranes. Fraunhofer ITEM scientists have developed a patented exposure device, the P.R.I.T.® ExpoCube®,  facilitating the use of ALI cultures for testing of different classes of inhalable substances with high reproducibility and sufficient dose control. The ExpoCube® enables exposure of ALI cultures of cells or tissues directly in 12-well plates, prevents second-route exposures via the culture medium and ensures efficient particle deposition by thermophoresis. It thus provides the technological basis for new experimental designs.

In the ExITox-2 project, five read-across compound groups were tested for cytotoxicity in the human lung epithelial cell line A549 using the ExpoCube®. Secondary amines are known to cause pulmonary inflammation in in-vivo animal studies. An adverse effect on lung cells could also be demonstrated for these substances in the in-vitro model.

How will you perform in vitro to in vivo extrapolation in ExITox-2?

For this purpose, among others, we have developed a three-compartment lung PBPK model. It will enable a better estimate of the uptake of compounds via the respiratory tract. The transport through the pulmonary epithelium is considered an important rate-limiting step for the systemic uptake of inhaled compounds. The transepithelial transport is thus investigated for different compound classes and the resulting permeability coefficients are used as input parameters for the lung PBPK model.

Dr. Escher, what exactly does this work mean for the risk assessment of the future?

We think that the above mentioned case studies from the EU-ToxRisk project and the results of the ExITox project will contribute to a better understanding of integrated testing strategies and their applicability to human risk assessment. Such illustrative case studies are needed to gain regulatory acceptance. We do believe that our in-vitro test systems in particular will help advance the paradigm shift towards alternative assessment methods for inhalable chemicals. 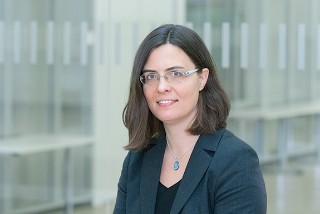 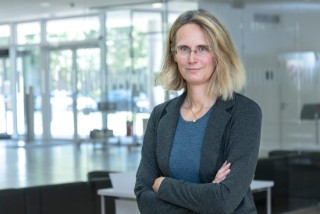 Manager of the Working Group on In-vitro Test Systems