A large proportion of biopharmaceuticals are recombinant proteins that are synthesized from genetically engineered cells by various heterologous gene expression systems. Most of them are produced either in recombinant microorganisms, preferably in E. coli, or in mammalian cells, namely when the protein must be natively folded and/or requires posttranslational modification to exhibit its biological effect(s). Due to the increasing demand for cost-effective and high-yielding expression systems, Fraunhofer ITEM is placing a strong focus on developing new, alternative expression systems along with state-of-the-art technologies.

Microorganisms (bacteria, yeast, and fungi) provide expression systems for therapeutic proteins. In particular bacterial expression systems are the first choice when posttranslational modification is not required. Microorganisms are characterized by fast growth on chemically defined culture media and can usually be cultured in large quantities by standard fermentation systems. Due to the increasing demand for expression systems for recombinant proteins, in particular recombinant antibodies and especially antibody fragments, Fraunhofer ITEM is developing interesting alternative microbial expression systems in collaboration with experts from the Technical University of Braunschweig. Bacterial (Bacillus megaterium) and fungal (Neurospora crassa) organisms were chosen and have already demonstrated their high potential in protein expression.  Both systems are genetically well characterized and exhibit high protein secretion capacity. The challenge is to further develop and engineer these systems and the corresponding production process towards GMP compliance.

Manager of the Working Group on Cell Culturing Techniques 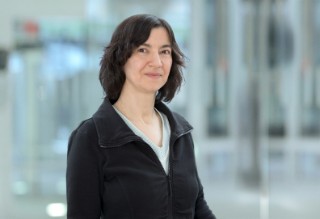