Norbert Krug is professor of Immunology, Allergology and Clinical Airway Research and has been Medical Director of the Fraunhofer Institute for Toxicology and Experimental Medicine ITEM since 2008. In 2014, he became coordinator of the Clinical Research Center Hannover (CRC Hannover) in addition. At the Hannover Medical School, he trained in internal medicine and also in respiratory medicine, allergology and intensive-care medicine. From 1991 to 1993, he was a research fellow at the University of Bochum, Germany, and the University of Southampton, UK.

Professor Krug is a member of several international professional societies such as the German Respiratory Society, the European Respiratory Society, and the American Thoracic Society. His major research interests include translational medicine and clinical trials in allergy, asthma, and COPD, pathogenesis of allergic airway diseases (asthma, rhinitis and COPD), and air pollution and airway diseases. Professor Krug is a reviewer for numerous international journals in respiratory medicine and allergology and for a variety of research organizations. He is a member of the scientific advisory board of the German Society for Allergy and Clinical Immunology and a member of the German Center for Lung Research. Prof. Krug took over the job of the institute’s executive director on January 1, 2017.

Prof. Dr. Dr. med. Thomas Thum is a specialist in cardiology and bioscience, with a clear research focus on the functional characterization and translational potential of therapeutic RNA strategies. After his studies of human medicine at the Hannover Medical School (MHH) and both clinical and scientific training in Hannover and Würzburg, he did his PhD at the Imperial College London (UK), while leading in parallel the junior research group "Cardiac Wounding and Healing" of the Interdisciplinary Center for Clinical Research (IZKF) at Julius-Maximilians-University of Würzburg. In 2009, he became professor at the MHH, where he has since been director of the Institute of Molecular and Translational Therapeutic Strategies (IMTTS). He is playing an active role in numerous committees and institutions of the MHH, for example as coordinator of the "Research Center for Translational Regenerative Medicine". Since 2013, he has been a visiting professor at the Imperial College London. On January 1, 2021, Prof. Thum became director of the Fraunhofer Institute for Toxicology and Experimental Medicine ITEM in Hannover, now forming a tandem with Prof. Norbert Krug, besides continuing his activities at the MHH.

Prof. Thum is a member of a broad range of international professional societies, editorial board member of different scientific journals, external assessor for national and international funding committees and member of several advisory boards, including that of the Pasteur Institute (Lille, France), the German National Committee for the Protection of Laboratory Animals (German Federal Institute for Risk Assessment, Berlin) and the Lower Saxony Life Science Startup Board. In addition, he holds numerous patents in the areas of non-coding RNA, gene therapy and other diagnostic and therapeutic methods for cardiac and fibrotic conditions. To date, he is also CSO of his spin-off from the MHH, the Hannover-based company Cardior Pharmaceuticals GmbH. His (co-)authorship of more than 380 peer-reviewed publications reflects his so far remarkably successful career, for which he has been awarded numerous prizes, such as the Sir Hans Krebs Award (2014). 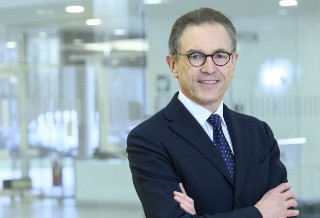 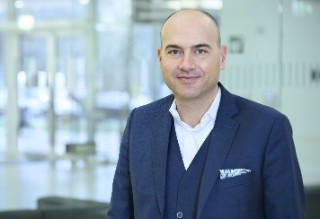