The development of predictive in vitro models for human neurotoxicology and infectiology plays an important role in pharmacology and toxicology. Because biopsies of human neuronal tissue are rarely available and cell lines often lack important properties, new neuronal models must be derived by differentiation from induced pluripotent stem cells (iPSCs). Techniques being worked with in the Seeger lab include models for the central nervous system, such as neurospheres harboring different subtypes of neurons, oligodendrocytes and astrocytes, and for the peripheral nervous system, such as sensory neurons implemented in an innervated 3D whole-skin model in addition to motor neurons.

Such new methods hold great potential to reduce the number of animals used for regulatory testing in pharmacology, the cosmetics industry, for chemical authorization and to address biomedical questions. Bettina Seeger's group has recently shown that human iPSC-derived motor neurons exhibit human-relevant sensitivity to various pharmacologically used serotypes of botulinum neurotoxins, with better predictability than the established, highly severe animal test, the mouse bioassay. The regulatory requirement for efficacy testing of botulinum neurotoxins still claims about 400,000 mice per year in Europe alone, which could be largely replaced by the development of a serotype-independent in vitro method. In addition, new neuronal models developed from human iPSCs hold great potential for characterizing highly species-dependent pathogenicity mechanisms of emerging pathogens, avoiding species extrapolations from animal studies that are riddled with uncertainty, and could support new drug development and optimize predictability.

“Neuronal models derived from human stem cells, developed in our lab, hold great potential not only to reduce the number of animal studies in toxicology and infection research, but actually to improve the predictability of experiments for human health by using so-called new-approach methodologies.“

Virtual event via MS Teams; registered participants will receive the login details prior to the event.

Research projects in the life sciences are based on increasingly multifaceted and interdisciplinary methods and often on a close combination of animal experiments with non-animal methods. The principle of the 3Rs that is valid for all researchers – to replace, reduce and consistently refine animal experiments – also governs research at Fraunhofer. Within the Fraunhofer Cluster of Excellence Immune-Mediated Diseases CIMD, an initiative of the competence platform ”Alternative methods to animal testing”, managed by Fraunhofer ITEM, has now been established. Already at the end of March, the initiative will be starting the lecture series ”Future predictive models – alternative methods to animal testing”.

Actual publications to this theme

More informations about the lecture series 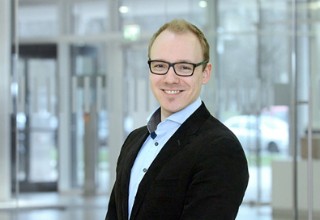