Checking the immune response in the lungs

Patients in clinical trials must undergo thorough examination in order to allow the effects of new medications to be determined as precisely as possible. One important factor here is the response of their immune systems. Using chip cytometry, researchers at the Fraunhofer Institute for Toxicology and Experimental Medicine ITEM have established a procedure for characterizing immune cells in the lungs. This technique offers the major advantage of enabling valuable samples from patients to be stored in refrigerators for months and investigated for further parameters if new issues become relevant during the course of a trial.

The immune system uses a veritable army of highly specialized cells to fight infection. To destroy pathogens, granulocytes produce a cocktail of toxic molecules, B cells release specific antibodies and macrophages eliminate the intruders. “You will find very different immune cells in the lungs depending on the disease,” explains Dr. Saskia Carstensen, who has established chip cytometry at Fraunhofer ITEM in Hannover. “We study cells from the bronchial secretions that the patients cough up, referred to as sputum, and from bronchoalveolar lavage fluid, which is obtained by washing the lungs with saline solution.”

For the analysis, patient samples are applied onto a special slide – in this case, a chip with a transparent chamber. The cells attach to the bottom of the chamber and are then stained using fluorescent dye-labeled antibodies that bind specifically to a certain type of immune cells. This allows researchers to dye e.g. granulocytes and macrophages different colors. Analysis of the microscopic images is automated to a high degree, and the results allow the researchers to quantify the immune cells within the sample. “Chip cytometry not only allows us to differentiate the cell types from each other, but also to see whether they are activated and what subgroup they belong to,” explains Dr. Carstensen.

Chip cytometry was developed by Zellkraftwerk, a Hannover start-up that has since been merged into the American company Canopy Biosciences. Zellkraftwerk originally used blood cells to validate the technology. Now, Dr. Carstensen has adapted it for
immune cells in the lungs – which has brought its own challenges. “Cells that patients cough up in their sputum are often pre-activated, so that makes them harder to process than blood cells,” she says. The macrophages found in the lungs are also hard to analyze, because they are much bigger than blood cells.

Inflammation can now be quantified

During a pilot project, Dr. Carstensen’s team were able to show that chip cytometry can be adapted to immune cells found in the lungs. In the project, the researchers triggered inflammation in healthy test subjects by having them inhale an irritant that mimics special components of the membrane surface of bacteria. Then they examined the subjects’ sputum and bronchoalveolar lavage fluid and used chip cytometry to track the lungs’ immune response. The team discovered elevated numbers of neutrophil granulocytes and monocytes in particular – i.e. the cells that differentiate into macrophages in the lungs. “We have demonstrated that we can detect inflammation and quantify it,” explains the biochemist.

Superior to the traditional methods

The project also highlighted the advantages that chip cytometry offers when compared to traditional cell characterization methods. Unlike a differential cell count, whereby the different cell types are counted manually under a microscope, chip cytometry conducts the analysis automatically. The new tool also has the edge on another standard method, flow cytometry, where samples are discarded after the analyses. In contrast, the cytometry chips can be stored in refrigerators and used for further analyses and staining processes.

One particularly intense research focus for the Fraunhofer team is determining the effectiveness of investigational new drugs for combating chronic obstructive pulmonary disease (COPD). Patients with this progressive syndrome suffer from coughing, expectoration and increasing shortness of breath – and there is no causal treatment. In addition to affecting around 6.8 million people in Germany, COPD is now the third most common cause of death worldwide. “Among other things, we act as a central lab for multicenter clinical trials and store the samples in a biobank. Our technology isextremely well-suited to monitoring the effects of medications for treating COPD during clinical trials,” Dr. Carstensen points out.

Get some insights into our clinical airway research in our video series #WeKnowClinicalResearch.

Chip cytometry: "We can do iterative immunophenotyping of cells – even after storage!"

Chip cytometry is based on the immobilization of cells on special object slides, referred to as chips. On these chips, cells can be analyzed with regard to morphology, expression of surface markers, and intracellular function. 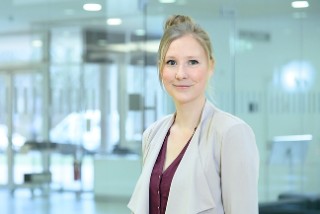