Artificial hip joints, made-to-measure heart valves or precision-fit blood vessels: implants – particularly those based on scaffolds, i.e. 3D-printed framework structures – are playing an increasingly significant role in regenerative and personalized medicine. It is important for the scaffolds to be readily accepted by the body’s cells and for there to be no rejection reactions. Pre-treatment with plasma can ensure the prerequisites for this. In the High-Performance Center Medical and Pharmaceutical Engineering, researchers at the Fraunhofer Institute for Surface Engineering and Thin Films IST have succeeded in integrating a plasma source into a 3D printer, thereby enabling the surface to be modified. The aim is to treat the scaffolds with plasma during the actual printing process in order to produce the desired properties.

Through treatment with plasma, the surface of the printed implants or the individual filaments can be modified. Oxygen-containing groups are formed, which improve the wettability of the scaffold and, consequently, also facilitate the distribution of the cells in and on the scaffold. If a so-called layer former is also added to the plasma, additional functional groups can be generated on the scaffold structures which can form a chemical bond or electrostatic interactions with whole cells or biomolecules. In this way, cell adhesion can be improved, for example, or proteins – such as antibodies – can be bound to the surfaces. The described technology is not only of interest for implantology, but also in the production of 3D-printed pharmaceuticals, when, for example, the adhesion between different materials needs to be adjusted.

Currently, a point source is employed for plasma treatment. This source enables high-resolution modification of the printed structures on a relatively small surface area. The unique feature here is that the source itself is small enough to be integrated into a conventional 3D printer with a low overall height. As a result, the treatment can be coupled directly with the printing process and can be performed without further modifications following the printing of a layer. The long-term goal is the utilization of a ring source which is mounted around the print head, thereby enabling direct modification of the surface during the actual printing process.

At COMPAMED, from 14th to 17th November 2022 in Düsseldorf, a prototype of the 3D printer with a built-in plasma source will be on display, in addition to a number of sample exhibits which have already been printed and plasma-treated.

Background information on the High-Performance Center Medical and Pharmaceutical Engineering

The High-Performance Center Medical and Pharmaceutical Engineering is aimed at easing the translation of ideas into successful applications – consistently focusing on user safety. To this end, the Fraunhofer Institutes ITEM and IST and the Fraunhofer facility IMTE combine their expertise and develop novel medical technologies in close cooperation with universities and organizations. As a network of interdisciplinary experts the performance center provides training concepts and interdisciplinary knowhow and provides an ideal basis for accelerating scientific developments in medical and pharmaceutical technologies to provide state-of-the-art applications for patients.

Our services include consultancy and development in the fields of neuro- and inhalation technology as well as pharmaceutical process engineering in the fields of imaging, additive manufacturing, drug formulation and aerosol technology. 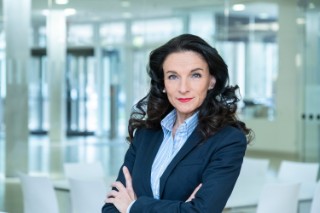