Carbon black, also referred to as technical soot, is virtually pure elemental carbon in the form of particles that are industrially produced by incomplete combustion or thermal decomposition of gaseous or liquid hydrocarbons under controlled conditions. This technical soot is a black, finely dispersed powder containing nanoscale particulates, taking the form of aggregates (100-1000 nm) that make up agglomerates with diameters in the range of 1-100 µm. A large proportion of carbon black is used in the rubber industry, especially in tire manufacturing, and also as a component of paints, inks, coatings and plastic products. The toxicokinetic behavior of nanoscale particles after pulmonary or oral deposition is of great scientific interest because, due to their tiny size, they might have a potential for migration into the bloodstream and thus systemic exposure.

The toxicity of different types of soot, for example diesel soot from engine exhaust, has been studied comprehensively, but soot particles may also be contaminated, for example with polyaromatic hydrocarbons. Such soots are produced during all incomplete combustion processes of carbonaceous materials. The major health concern with soot is its effect on the lungs as a result of inhalation exposure. Studies in rats have shown that particle deposition in the lungs above certain concentrations leads to an overload of the lung clearance processes. This, in turn, leads to persistent inflammation, production of reactive oxygen species, depletion of antioxidants and impairment of other defense mechanisms, and, in the worst cases, can eventually result in the development of lung tumors. Besides the primary target organ, the lungs, translocation of carbon black could also result in other organs experiencing toxic effects. Whether carbon black remains in the lungs after its deposition or can reach other parts of the body was to be elucidated in a study requested by the European Chemicals Agency ECHA.

The aim of the toxicokinetic study conducted at Fraunhofer ITEM was to determine whether and to what extent carbon black can be absorbed in the body or systemically distributed. In this animal study, both pulmonary and oral uptake were evaluated, as these are the two major routes of exposure. The scientists found that carbon black acted as microscaled agglomerates of aggregates, not as free, nanoscale particulates, and displayed no potential for translocation. Carbon black was not systemically available after deposition in the lungs or stomach. Publication of the results of this study is currently being prepared. 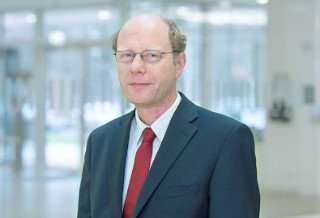 Head of Department of Inhalation Toxicology